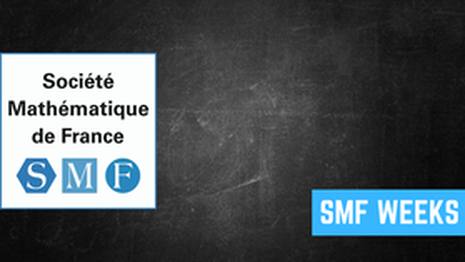 Cirm’ s offer for all programmes:

Two such events are to be funded each year (January and September).
This joint SMF-CIRM project will fund one-week conferences satisfying the following requirements:

Selection criteria for conferences and schools:

The Cirm Scientific Committee examines all applications.  The selected conferences and schools are judged on their scientific value and must be at the cutting edge of recent developments. Interdisciplinarity is also important as well as international influence: conferences and schools must be influential in their field and attract participants from all over the world. The Cirm Scientific Committee will also be very attentive to a gender balance, both in the organizing and scientific committees, and in the number of participants and speakers.
The presence of young researchers in the conferences is also a major criterion.

The evaluation of the applications is made by the Scientific Committee which includes 20 members (in parity): 10 from French institutions and 10 from foreign institutions. For this reason, information is requested mainly in English. You will be guided through the online submission process and will be asked to submit a pdf file for some sections, or fill in other sections directly online.

The proposal can be submitted in several steps. You can exit the application and return later up until the deadline. Be sure to save regularly.

Do not hesitate to contact the Events Coordinator with any questions or problems.
The same form can be filled out by multiple organizers.